Gatsby: The Dream
And nothing but the dream
The invitation from Gatsby to Nick Carraway shows that although Gatsby is refined, elegant, and oh so dapper, he is also humble and not a snob, contrary to the just-as-rich Buchanans.

We found inspiration for the invitation from wedding invitations, because those are usually the biggest, boldest and brightest. Now, research indicates that the 1920s was a time for parties, alcohol, and extravagance, even WITH the Prohibition, meaning that people were wilder than ever. It's quite ironic because it seems like parties like the one Nick was invited to happen all the time. If it is so normal, then why would Gatsby send such an ostentatious invitation? Simply because he is the flashy sort of man.

We decided to specifically make an invitation FOR Nick, FROM Gatsby, rather than a generic 1920s invitation simply to demonstrate Gatsby's complex personality. On page 41 of the novel, Gatsby sends an extravagant, formal  note delivered from a chauffeur dressed in uniform. Is that not similar to Cinderella and other fantasies? Then, he seemingly opposes the formality, scribbling that he had actually meant to call on Nick earlier, which makes Gatsby more personable, and in a way, shows that Gatsby cares and wants to have friends. He even apologizes for not seeing him sooner! What a humble man.

Color symbolism:
- The envelope is purple for a few reasons. Red represents passion. For example, Gatsby wears a pink suit! Tom says, "An Oxford man! Like hell he is! He wears a pink suit" (pg 122). He views it as ridiculous, whereas Gatsby, who wears it while visiting Daisy, wants to show his passion for her. Blue represents dreams, or even something that cannot be reached. (Daisy, whom Gatsby desperately wants to see, lives across the blue  water). Combining these two together creates purple. It shows that Gatsby was reaching for his dreams, hungrily and passionately.
- The card and response envelope itself is yellow and green. Yellow represents corruption and destruction. Green represents greed.
+ When you look at the big picture of all the colors, you will begin to understand. Gatsby is aiming high, looking for something that in the end, could not be obtained. The passion was not a factor anymore. In the end, on the inside (as the invitation is inside the envelope), Gatsby only reached destruction of his own self and the world of some others. 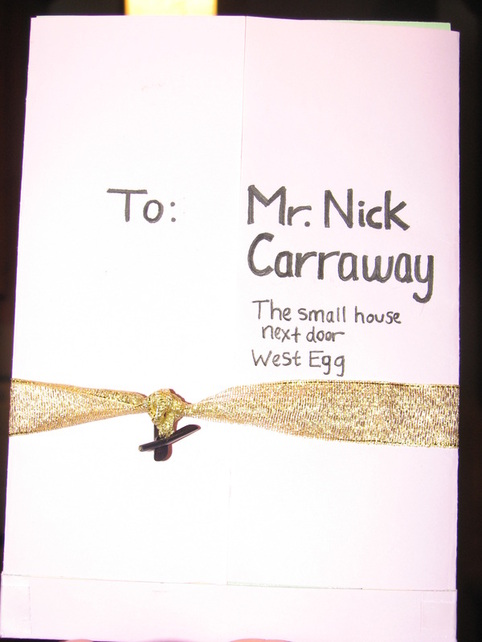 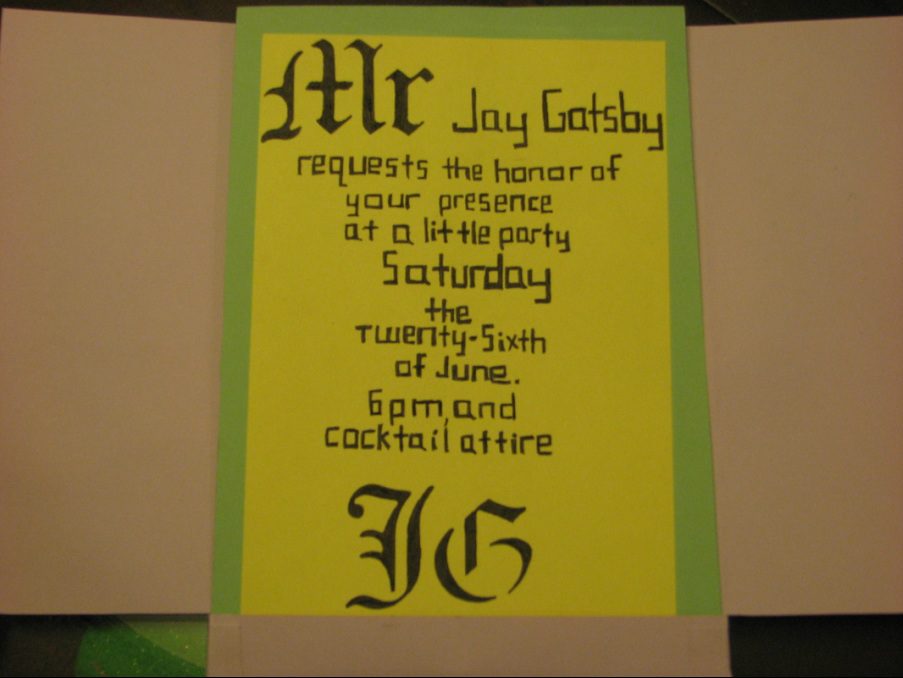 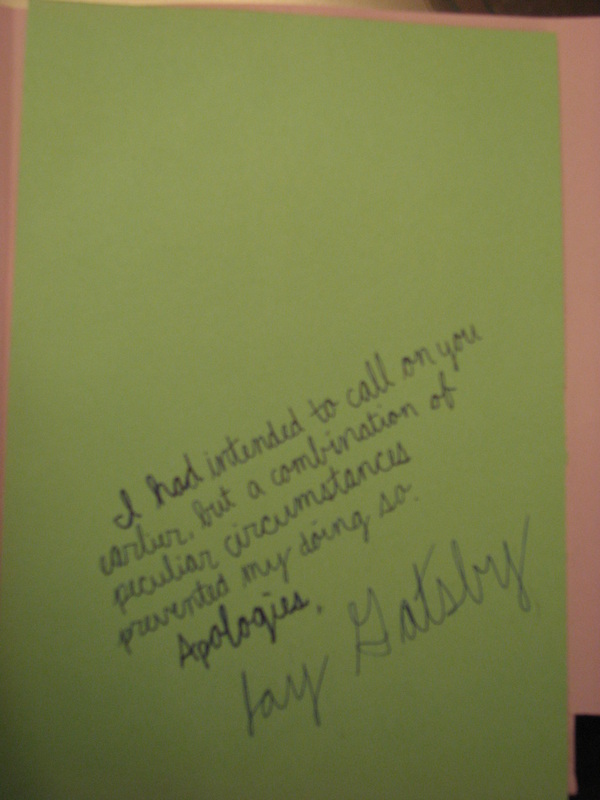 It says, "I had intended to call on you earlier, but a combination of peculiar circumstances prevented my doing so. Apologies, Jay Gatsby" 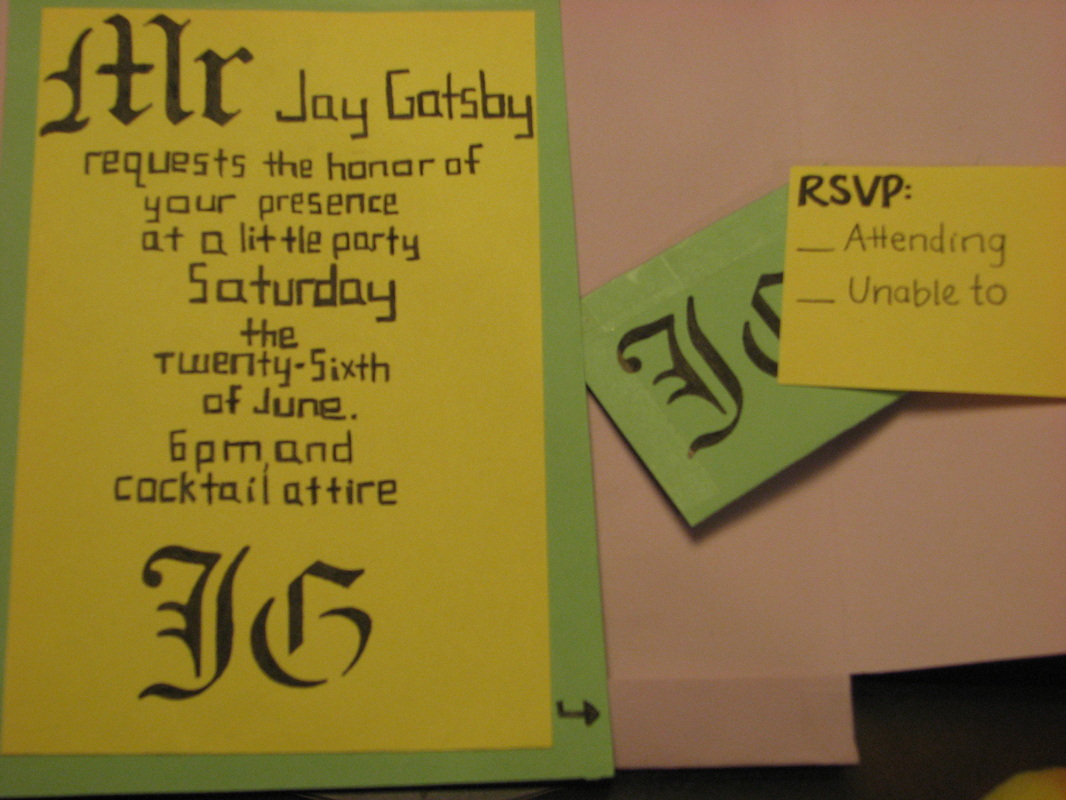